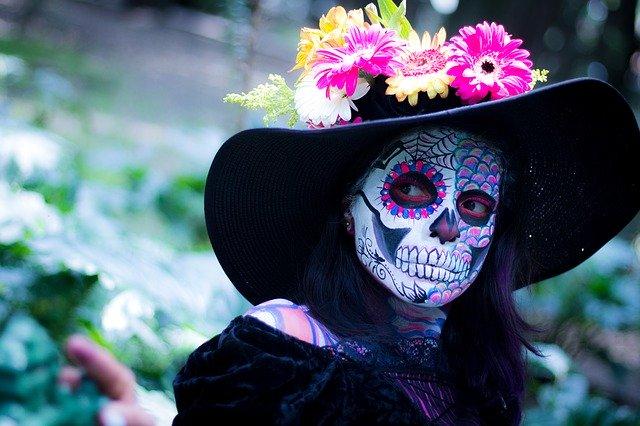 CONCEPT OF DEATH AND DYING

Dying is that phase of human existence which precedes death. It may be short-lived or protracted.

Death on the other hand is the conclusion of during process when lifelessness is pronounced.

For the theologians, death is when the soul leave the body.

In spite of the above definitions, every individual must have one or other ideas of death.

The concept of death is as old as birth itself. Although, most societies accord more recognition to birth which ushers in new members of the family.

Death, is a termination of life is virtually a taboo to some African societies, yet, the most appropriate and ultimate adaptation should be the acceptance of the reality of death.

In spite of the fact that death is a common occurrence in all human societies.

It is almost treated with so much reference that people have come to accept its open discussion as abnormal.

DOES DEATH HAS A PURPOSE

Religious leaders as also lay individuals may promptly offer a variety of religious explanations why there’s death and importantly what happens after death.; depending on your response to this question.

What do you think will happen to the world population where birth is constant and death does not exist?

Think of the natural resources and the life resource system, think of water, food, etc..

Think of the quality of life that will be. With these, does death then serve a purpose?

In another way, is human life possible without constant death of human.

If these were possible, in what way will life be different if not for the fact of death.

A justification for the inclusion of death and dying education in health education courses in countries of the world has not always been easy because of negative emotions conjured by the world.

Death in the minds of people!   Death and during education have been going through crucible just like sex education where it was subjected to extreme arguments for and against its open discussion in schools.

The argument for the inclusion of death education in the health education curriculum in school are based on the below fact.

Death education is concerned primarily with preventing and remedying those contingencies leading to an unhealthy death and dying.

Once individuals look at the total environment and the ways of interacting with other individuals from the viewpoint of life-death, they could work towards improving their quality of life.

It will also help them to reflect on their own life and to continuously ask themselves questions such as, If I die today, what have I got to show for my living?

Therefore, death education will certainly encourage students to evaluate their personal values and priorities and to determine what is important in life for each of them.

Death education will also help students to understand, during dying stage, the need to be able to communicate with the living with minimum amount of stress in both sides.

Especially, during and after a very long protracted illness, is likely to know when death is approaching.

Though it may take month, weeks, days or even hours but the important fact is that sometimes, such a dying individual taught or discusses about its faith indirectly as he attempt to give information or direction about things concerning his family, his work or any other issues which are important to him.

An individual who has gone through death education as a course will learn to listen and not to interrupt the free flow of thought of the dying individual.

Death education is also important in coping with grief occasioned by the death of a significant individual.

Grief and mourning for the dead are perfectly normal reactions attached to a loss especially by death.

Therefore, death education can do a whole lot in strengthening individual to go through grief in a healthy manner.

Grief can and does generate emotional and physical which can be detrimental to individual’s well being.

Learning or being aware of these changes can assist the bereaved to get over the fears and emotional imbalance, thus, facilitating the healing of the psychological wounds.


THE DIFFERENT DIMENSIONS OF DEATH

This is also known as somatic death. It includes the absence of heartbeat and spontaneous breathing. Somatic death involves an individual sensation of respiration which is termed as irreversible death.

This is established by the use of an electroencephalograph that detects the absence of electrical impulse activity in the brain.

Cellular Death: This is established with the stiffness of the body muscles. Cellular death is also referred to as molecular death.

For sometimes in cellular death, many cells in the body may continue to be awake to respond.

For example, the beard had been died for several hours. Also, muscles have responded to stimuli after functional death.

It is therefore possible for living cells to be removed from the dead bodies and be kept alive indefinitely in tissue culture.

Spiritual Death: This is the dying of the being. It is a death which is based on the association of meaningful life or being including the responsiveness to other persons with the activities of the brain and consciousness.

spiritual death is different from the theologians’ definition which implies the movement of the soul leaving the body. With the spiritual death, meaningful personhood beyond the vegetative stage is impossible in spite of the use of modern medical procedures and life supporting systems to keep the individual alive.