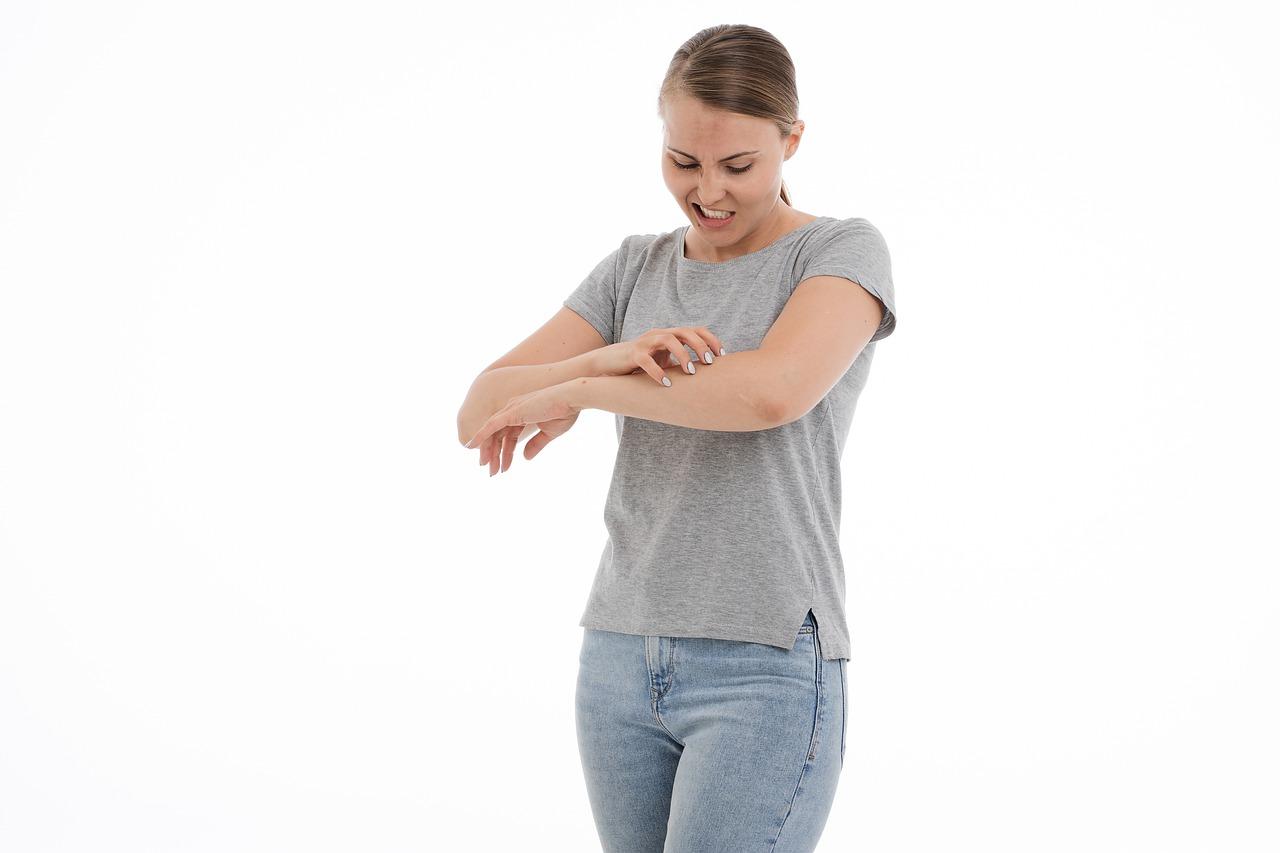 There are different types of eczema and their triggers, however, the symptoms of this skin disease are similar.

The symptoms can be in stages irrespective of the type of dermatitis but generally, the following are the common symptoms of eczema.

All these symptoms are not experienced once and for example, you may not experience scaly patches on your skin if you manage it early.

The symptoms in each stage of the disease are discussed below. 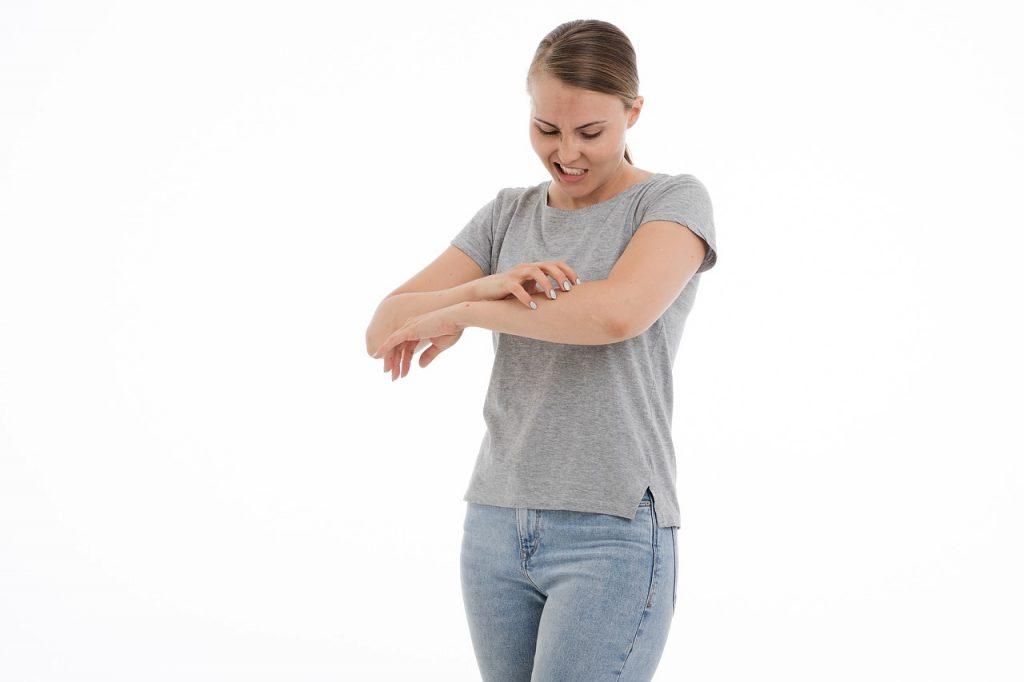 In the acute stage of the disease, there’s just a little reddening of your skin.

The skin becomes irritated at the affected area and it may not start itching at this time.

If it’s not treated, it becomes more sensitive, form blisters, and starts itching you.

When the swollen area of the skin is burst, it becomes more painful and results in a wound and can cause infections.

The area can dry up quickly and you become healed but can come back again by exogenous factors.

Eczema usually lasts for a few weeks but if you’re still exposed to the triggers or it’s in your lineage, the condition can worsen and the irritation becomes chronic.

When it itches continuously, you scratch it more and inflammatory nodules may form on your skin.

When this continues, the skin swells up, burst, and dry scales develop on the skin.

At this stage, severe itching can lead to heavy scratching, whereby some people use an object to scratch their skin and thus cause further complications.

If bacteria or viruses get into the damaged area of the skin via the hands, the infections become severe, tetanus can even get in.

Also, Herpes simplex viruses can then cause eczema herpeticatum, a condition that requires medication.

Besides the acute and chronic stages of eczema and their symptoms, different types of dermatitis can also be characterized by certain symptoms.

Contact dermatitis usually occurs at the face, hands, and legs, and the symptoms are the red inflamed face, itching at the affected area.

The symptoms occur in the skin area that was in direct contact with the substance that caused eczema. However, it can also spread to other parts of the skin.

In atopic eczema, the skin lesions show up as severe and persistent itching.

An irritated and red rash appears on the skin on the affected areas of the face.

The skin is dry and more prone to swelling and inflammation.

Dry or oily scaly patches appear, especially on the scalp, which can be accompanied to a greater or lesser extent by redness and itching.

On the nose and around the eyebrows, there are also typical redness and scaly patches.

In children, in whom eczema is called head gneiss, greasy, brownish scales often appear on the scalp.

Eczema in the ear canal often occurs with symptoms such as itching and pain.

The skin is broken and severe pain occurs in the sensitive area. If the ear is pulled, the pain will usually get worse.

Sometimes, some fluid may flow out of the ear, which can often be a sign that eczema has developed into an ear infection.

Some people may also experience bad hearing in the affected ear.

Rosacea is characterized by a pronounced redness of the face, especially on your cheeks, forehead, and chin.

At the same time, vascular dilatation can occur in the facial area.

When the skin disease develops to the next stage, it can appear as redness with yellow and inflamed buds.

In the case of sun eczema, one often sees a red rash with severe itching on the face.

The rash develops into small buds, which in some cases are accompanied by small blisters.