There are many complications that can arise in pregnancies, and some of them are related to the growth of the placenta.

The following are the common placenta problems in pregnancies.

Typically, the placenta is attached to the high part of the uterus, and it helps the baby to get food and nutrients from the mother.

What is Placenta previa in pregnancy?

In the case, of the placenta previa, it’s attached to the lower part and partially or entirely covers the uterine cervix ( the entrance to the womb), blocking the path for childbirth.

Placenta previa can occur early, however, the treatment for early placenta previa is not required, because there is a possibility that the placenta will return to its normal position as the pregnancy progresses.

If the placenta still blocks the path to the dilated cervix at the onset of labor, then it may result in bleeding and oxygen starvation of the fetus. In this case, natural childbirth is impossible, and a cesarean section is needed.

Placenta previa has a high risk in pregnancy since it can harm the baby. It can cause breathing problem and brain damage if premature delivery occurs. 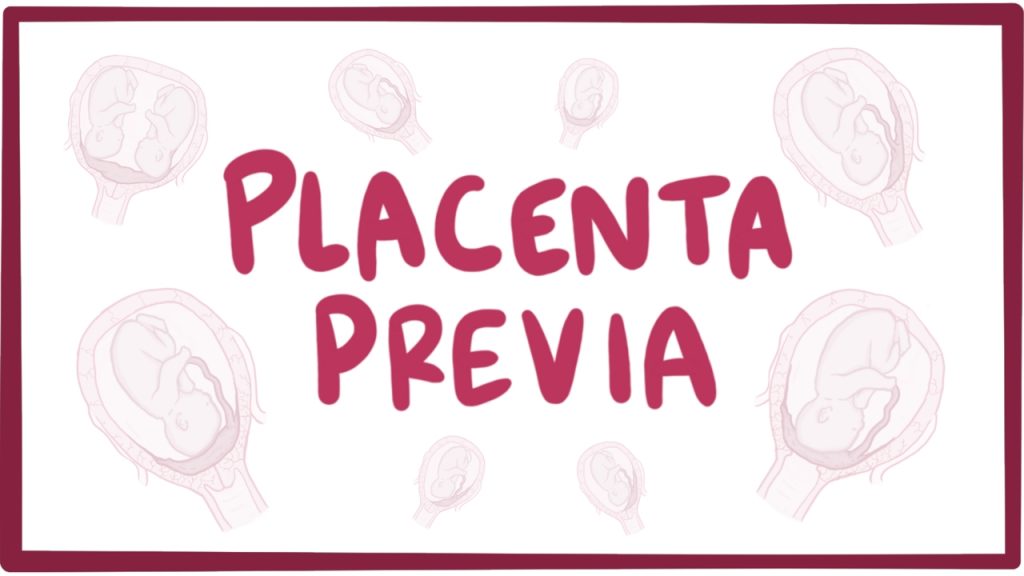 Symptoms of placenta previa are usually hardly noticeable until the third trimester.

As the cervix dilates, there’s also bleeding without pain. Sometimes there are no signs of placenta previa until the very beginning of labor. It’s diagnosed by ultrasound.

After the 20th week, women with placenta previa should limit physical activity, avoid physical and emotional stress, and lay in bed at home or in the hospital.

Premature placental abruption is when the placenta is separated from the uterine wall during pregnancy or delivery when it should detach after birth.

Placenta abruption in first trimester is not common but when it occurs, it poses a high risk to both the mom and the fetus.

Also, there’s a risk of placental abruption in second pregnancy when you’ve had it in your previous pregnancies.

Premature placental abruption requires urgent medical help as it can deprive the baby of oxygen and cause hypoxia.

It’s more typical for women of age who have other children, for smokers, for women with high blood pressure, and also for those who have already had a premature placental abruption.

A short umbilical cord or an abdominal trauma from falling or an accident can be the reasons for premature placental abruption.

Moreover, there are three grades of severity of premature detachment of placental during pregnancy.

The general condition is under control. A slight placental abruption occurs.

The vaginal discharge is insignificant, resembling menstruation, accompanied, as a rule, by mild cramps in the abdomen.

Bed rest usually stops the bleeding, and the woman can return to her normal lifestyle.

Detachment of one-third of the placenta. Vaginal discharge is quite abundant, cramps in the abdomen are more intense, possible contractions of the uterus.

The placenta is detached by half its size. The woman’s condition deteriorates significantly.

The main symptoms are bleeding, pain and tension in the uterus, hypoxia, and fetal heart problems. 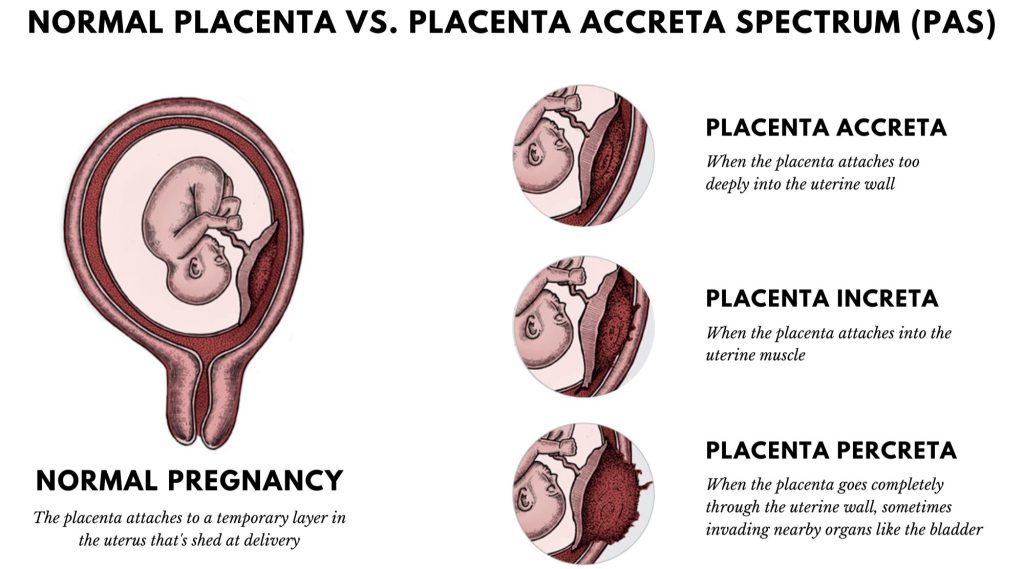 Placental accreta is another pregnancy problem with serious complications. It is when the placenta has grown too deeply into the uterine wall.

In this situation, the placenta detachment would be difficult after childbirth as part or the whole placenta will remain attached to the uteine wall.

There are other placenta accreta types: placenta increta and placenta percreta.

Placenta increta: In this condition, the placenta grows more deeply into the uterine wall muscles.

Placenta percreta is more severe, and it’s when the placenta not only attach itself firmly to the uterine wall muscle but also grow outwards and attach with nearby organs in the body.

Placenta accreta often gives no sign, but the pregnant mom can feel pain in the belly, and experience vaginal bleeding, usually in the second or third trimester of the pregnancy.

Your doctor can determine which type of this condition has occurred through ultrasound.

Placenta accreta or other types are life-threatening, and should be diagnosed and managed early.

Management of placenta accreta, increta and percreta is through cesarean hysterectomy.