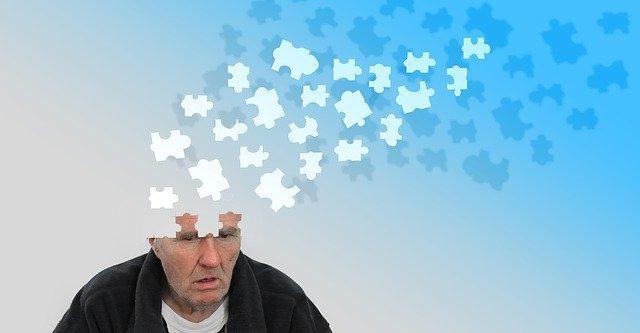 With every passing day, Alzheimer’s is getting common in the people.

Only in America, there are 5.1 million reported cases of Alzheimer’s, and all over the world, this number increases to 44 million.

Moreover, only in America, the cost that Alzheimer’s disease patient paid for its treatment is $236 billion in 2016.

If you want to save yourself from being count in those 44 million, then it is important to know about this disease.

Most of the time people take Alzheimer’s disease as the effects of aging.

That is why they suffered a lot once the diagnosis of the disease. Mild forgetfulness or trouble remembering someone as the name is not alarming and the part of aging.

But if it becomes part of your daily life then it is good to consult any doctor as soon as possible.

Moreover, the symptoms of Alzheimer’s disease varies from person to person according to his immune system.

But it is important to identify this disease early so the treatment can get started in the initial stages.

Following are the most common symptoms and signs of Alzheimer’s disease that you should be aware of so when the time comes, you can help yourself or someone else by recommending someone to take a test of this disease.

Memory loss is the most common symptom of Alzheimer’s disease. If you’re troubled remembering your lessons in the school if you always forget about the important events and dates if you forget all the good and bad things that happened to you in the past if you have this habit of asking the same thing again and again.

Then, you have to consult with any doctor quickly.

The reason for the memory loss in Alzheimer’s disease is progressive damage to brain cells. Moreover, no current medication can stop this process of brain cell damage.

However, the advanced medication can slow down the process for a limited time.

Such a situation of the person becomes extremely difficult for his families and their loved ones.

It is their responsibility to take care of the patient with patience and understanding because any sort of pressure on the patient’s mind can make his condition worse, especially in the later stages of Alzheimer when the patient starts forgetting his close relatives like parents, wife/husband or kids.

Is it harder for you to read the words written on the paper? Do you face problems while judging the distance? Can you name each color despite knowing it in the past?

Are you facing problems while driving the car or bike? Then, all these are due to your visual problems that can be caused by Alzheimer’s disease.

These are the two major problems that cause visual problems, especially in the old age.

The first thing in the visual that Alzheimer’s damage is depth perception.

That is why they have a hard time judging the distance or driving a car of bike or determining the 3D objects.

If you see anyone trying to pick the flower from the fabric with a floral design or treating a border of the carpet as the steps, then you should take him or suggest his friends and families consult any doctor because this is the biggest sign of having Alzheimer’s disease.

In such a condition of the patient, his family members or friends should keep him in the home with at least one healthy person so he can help him in everything.

The loved ones of the patient should understand the patient’s condition and try to make modifications in his care or his physical environment so no further harm can be caused to him due to his vision disorder.

Do you find it hard to use the right word for anything? Do you trouble to remember the names of the regularly used things?

Do you feel awkward most of the time when someone talks to you?

Do you find it hard to answer simple things?

This and many other problems related to words and conversations are the symptoms of Alzheimer’s disease.

However, as I mentioned above that the effects of this disease vary from person to person; that is why jumping to the conclusion quickly is not a smart move for Alzheimer’s patient.

There have been many reported cases, that the ability of conversation of a person increased due to the Alzheimer’s.

However, if you know any diagnosed Alzheimer patient, then you should be very careful while having a conversation with him.

You have to show some patience, understanding, and good listening skills if you want to communicate better with the Alzheimer patient.

Because if you don’t show it and start getting frustrated with their condition, then the patient will avoid talking to you.

Try to use as much humor with the patient as much you can so the patient doesn’t have to think a lot before saying anything to you.