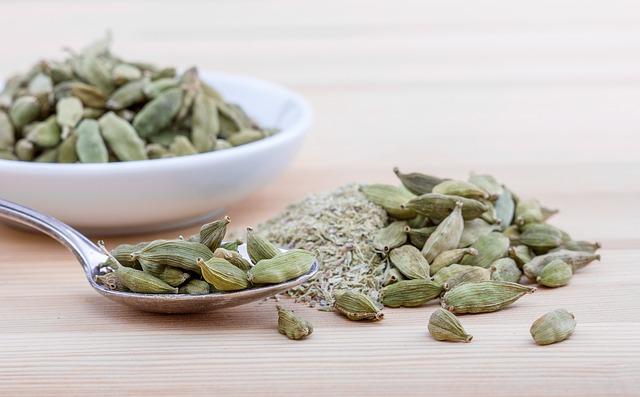 The curative effects of cardamom

Spices that’s been produced from cardamom also often have a beneficial effect in addition to their organoleptic qualities.

Ideally, it combines both benefits in healthy prepared meals. There may be some complaints but nevertheless, an herbal extract can help.

Cardamom is such a versatile spice plant because its seed capsules provide a valuable essential oil.

In Ayurvedic, teaching the curative effect of cardamom seeds is undeniable and in Western natural medicine, its wholesome spice is steadily gaining recognition.

This cardamom oil has a wide spectrum, in regards to its different components.

So the oil such as, Borneol and Cineole contain both substances and they are regarded as an expectorant and anti-bacterial as well as the circulation camphor.

Where the possible healing effect is safely supported by the interplay of all the ingredients.

Often, cardamom is applied in fighting digestive problems since the Spice stimulates the stomach, gall bladder, and salivary glands to make more fluid.

Therefore, heavier meals can be digested better and shrink the bloated stomach or abdominal discomfort. In addition, the exotic capsules stimulate the appetite.

Already, particularly for large feasts, the rulers of the ancient have taken the advantage of these effects.

You can add plenty of cardamom to your luscious fat and sweet food and benefit from its aroma and the digestive powers at the same time.

It helps to loosen the mucus, mucous membranes swell up and the sinuses will be free again. Then, those affected can breathe deeply again. Cardamom is also regarded as:

Diuretic. With enough liquid, it helps to rinse through the bladder and kidney and prevent the suffering of ‘urine passage’.

Cardamom is considered an antispasmodic and mood enhancer which can prove helpful during menses or menopause.

In Ayurvedic medicine, cardamom is referred to as a warming agent that stimulates the circulation. One who feels the chill easily, often cold feet or hands, should warm up more often with a cardamom tea.

In addition, the essential oil of the spice is used in treating irritated skin.

Furthermore, connoisseurs recommend its capsules against bad breath, about garlic consumption, or the consumption of alcohol.

The nutritional teachings of Ayurveda are based on the ancient knowledge of the Vedic culture of India.

According to this knowledge, regular consumption of cardamom also improves the performance of your memory. 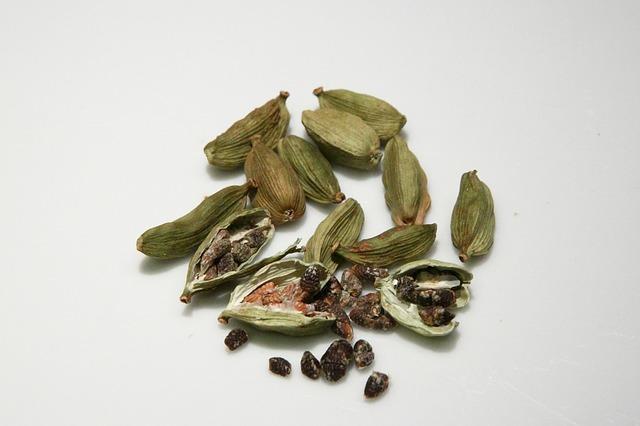 The Naturopath and nutritionist, Dr. Uwe Siedentopp has been heavily involved with cardamom and its significance in the Chinese dietetics.

The findings obtained are summarized in his comprehensive portrait of this plant.

He emphasizes that the constituents of the cardamom essential oil and its diet-medical significance.

While he turns out particularly, Cineole, myrcene, and limonene as main components.

The importance of the cardamom in Western phytotherapy is also summarized by Siedentopp.

So, choleretic (stimulate bile secretion), sialagogic (emptying of bile from the gallbladder and the biliary tract), carminative (resolution of flatulence) and the virus can effect be attributed to the plant.

Still, he found it useful in dyspeptic complaints and indigestion than the recognized indication areas with a recommended average daily amount of 1.5 grams of fruit drug.

Also demonstrated in animal studies, cardamom has an antispasmodic effect.

Inflammation too is marked off through the use of cardamom oil (both externally and internally).

An article of the hospital newspaper of the clinic at Steigerwald in Gerolzhofen deals with the role of cardamom as a “herbal therapy helper”.

There, patients are treated after five pillars of Traditional Chinese Medicine (TCM), So, yes the Chinese medicinal therapy, phytotherapy.

Cardamom is one of the remedies that “convert to pathological moisture” in this therapy.

The article also highlights the relationship between taste and effect and a comprehensive study is now released on the entire subject of TCM.